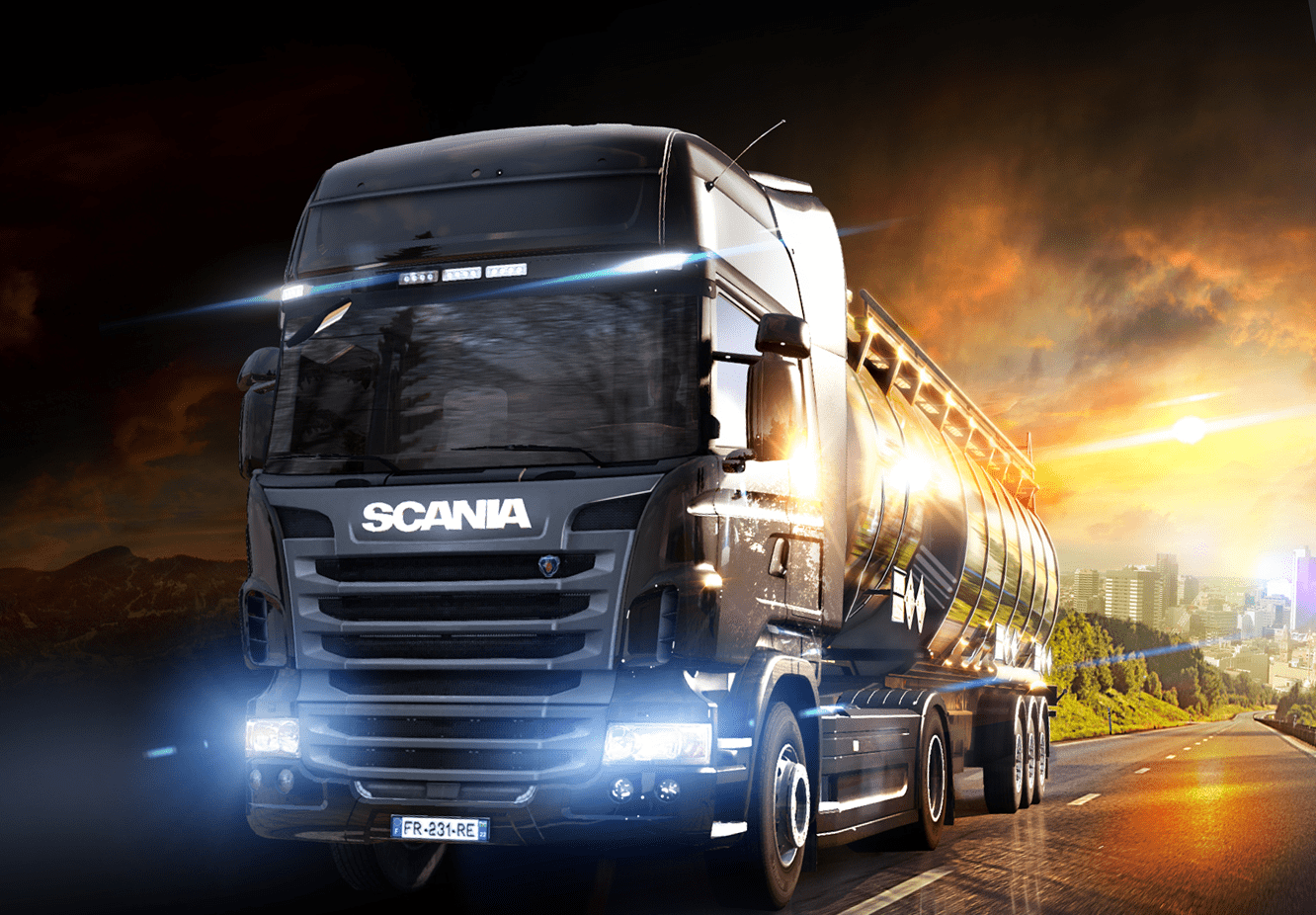 Travel across European countries delivering good and other cargo and test your driving skills on highways and around cities in trucks that you normally see on the roads in Europe! Become the elite driver and head of your own transportation company as your economic empire expands its reach within the game.

World of Euro Truck Simulator 2 is full of jobs and endeavours - with hundreds of jobs to take across the virtual Europe you can travel and visit various countries while on the missions or simply cruise across the thousands of kilometers of highways in-game simply sightseeing and enjoying the detailed scenery - any city or location you visit will assemble the real-world locations, so be on a lookout for landmarks and other monuments as you traverse across the world.

The game also features 13 licensed trucks with countless amounts of possible setup combinations, which give you a free hand to craft a fleet of trucks exactly to your likings! As you and your company grows, you will have an opportunity to hire drivers and manage your company and employees to achieve the maximum profits! Euro Truck Simulator 2 gives you the freedom to grow your business as you see it fit - you have a free hand at where you will buy garages, what truck your employees will drive or how they will shape their own careers. 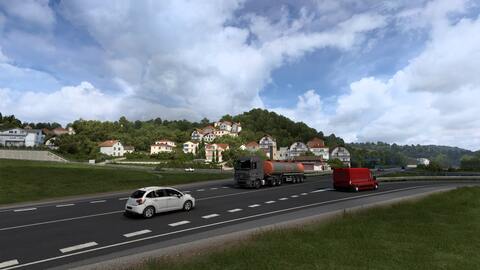 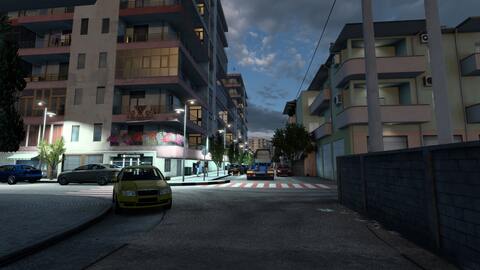 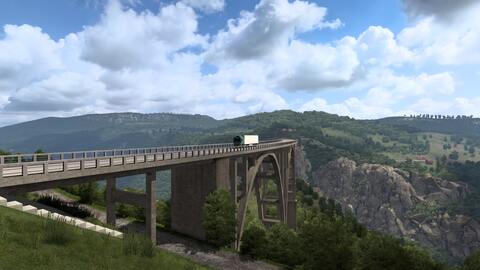 Discover, deliver and expand your trucking company to the countries of Albania, Bosnia and Herzegovina, Croatia, Kosovo, Montenegro, North Macedonia, Serbia, and Slovenia.

From large bustling cities to the countryside filled with beautiful nature, you will be able to explore what the Western Balkans have to offer.

You can look forward to many new things that these countries have to offer. Whether in terms of the industry, nature, landmarks, road networks, or a lot of other exciting content!

The Iberian Peninsula is full of rich and diverse landscapes, from semi-arid southeastern deserts to the green coniferous forests. Iberia is home to numerous historic villages and towns, narrow streets, old churches and impressive castles. Visit the capital of Spain, Madrid, the coastal capital of Portugal, Lisboa, a wide amount of coastal cities like Málaga and Olhão, and many of the inland cities. Be an important part of the strong export economy and deliver cargo from Iberia through Europe.

Road to
the Black Sea

Road to the Black Sea brings three new European regions. Drivers will be able to expand their company and deliver to the countries of Romania, known for the forested region of Transylvania and the surrounding Carpathian Mountain range, Bulgaria with its diverse terrain and Black Sea coastline, and the Trakya region of Turkey which is the gateway to Europe's largest city, Istanbul.

A significant parts of Road to the Black Sea map are composed of dense urban areas. From large cities to small humble villages found in the countrysides, truckers will also be able to drive on roads which lead to scenic coastlines alongside the Black Sea.

These regions offer a large variety of industries for players to deliver to and from; including farms, logistics companies, mining and steel industries.

Beyond
The Baltic Sea

Beyond the Baltic Sea DLC brings to Euro Truck Simulator 2 the countries of Lithuania, Latvia and Estonia, parts of western Russia, and the south of Finland.

Dozens of new cities, towns, ports and villages, new industries, thousands of kilometers of roads await. You’ll drive through vast swathes of low lying, verdant landscape, dotted with relics of past ages, as well as stark reminders of the great upheaval of the last century. For the first time you will drive into Russia and visit the great northern metropolis of Saint Petersburg. Going further, you will enter populous and industrially rich regions of Finland, where you can enjoy the unique experience of driving efficient High Capacity Transports.

You’ll meander your way around lakes and rivers, and forests of pine and birch will often close upon you as you journey through these countries of quiet, subdued beauty. Welcome to the lands beyond the Baltic Sea…

Experience the typical features of Italy from behind the wheel. Explore roads leading through the Apennines, where tunnels and bridges alternate with scenic vistas and curvy segments, opening the view to distant horizons. Descend from the height of mountain passes to the shores of the seas, travel from manicured farmland to wilder and more arid places.

The geography and shape of Italy have led to a comparatively high concentration of cities in the Italia map expansion. Local industries contain, among others, famous places like Carrara marble quarries and Europe‘s largest Steelworks in Taranto.

Make your way through broad boulevards of industrial cities and narrow streets of rural hamlets. Enjoy French outdoors with its diverse looks and disparate vegetation from north to south. 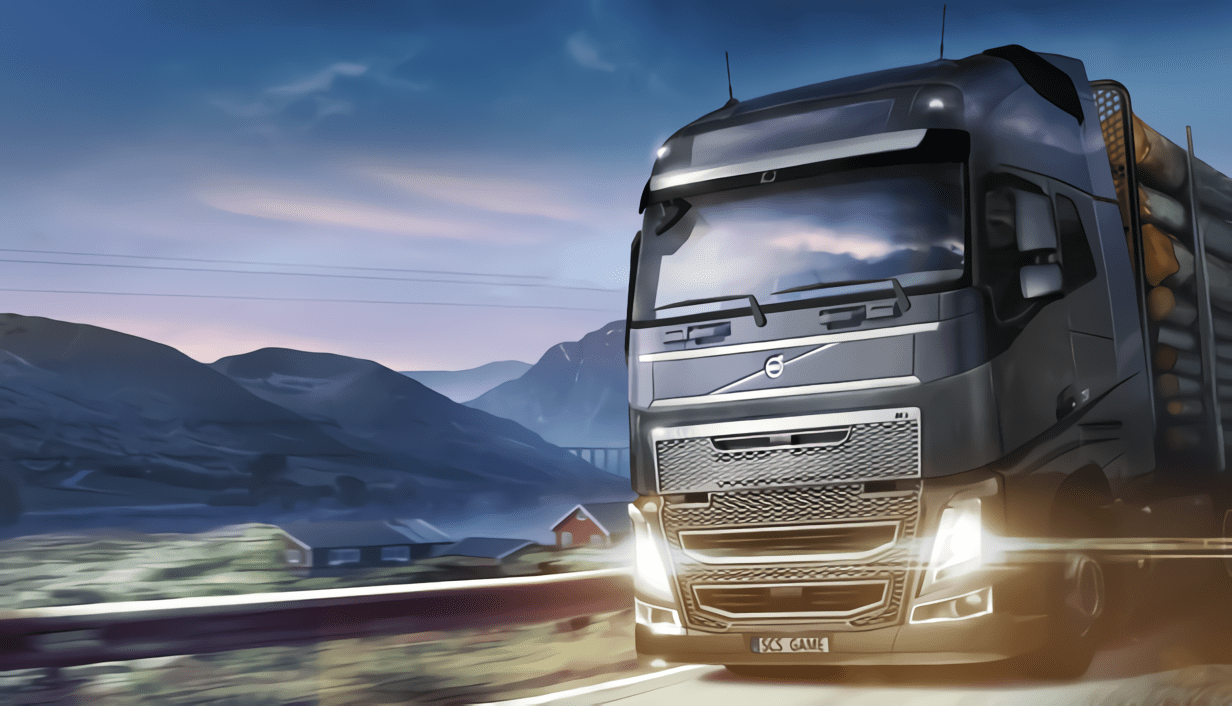 Get ready for the Nordic oriented DLC for Euro Truck Simulator 2 featuring three beautiful countries. This map expansion features Sweden, Norway and Denmark, with mile upon mile of scenic roads and numerous landmarks to see. New ferry terminals also allow you to board ferries directly and access the coastal cities plus use new sea routes to ports in northern Germany, Poland, and the United Kingdom. Discover 27 Scandinavian cities including Stockholm, Malmö, Göteborg, Oslo, Stavanger, Bergen, København, Aalborg and Esbjerg...

Going East expands the game world with three new territories: Poland, Slovakia and Hungary bringing 13 new cities including Warsaw, Krakow, Ostrava, Budapest, Kosice and more! The expansion features many kilometers of new challenging roads that include narrow roads, mountain passes and roads under repair to test your driving skills like never before.